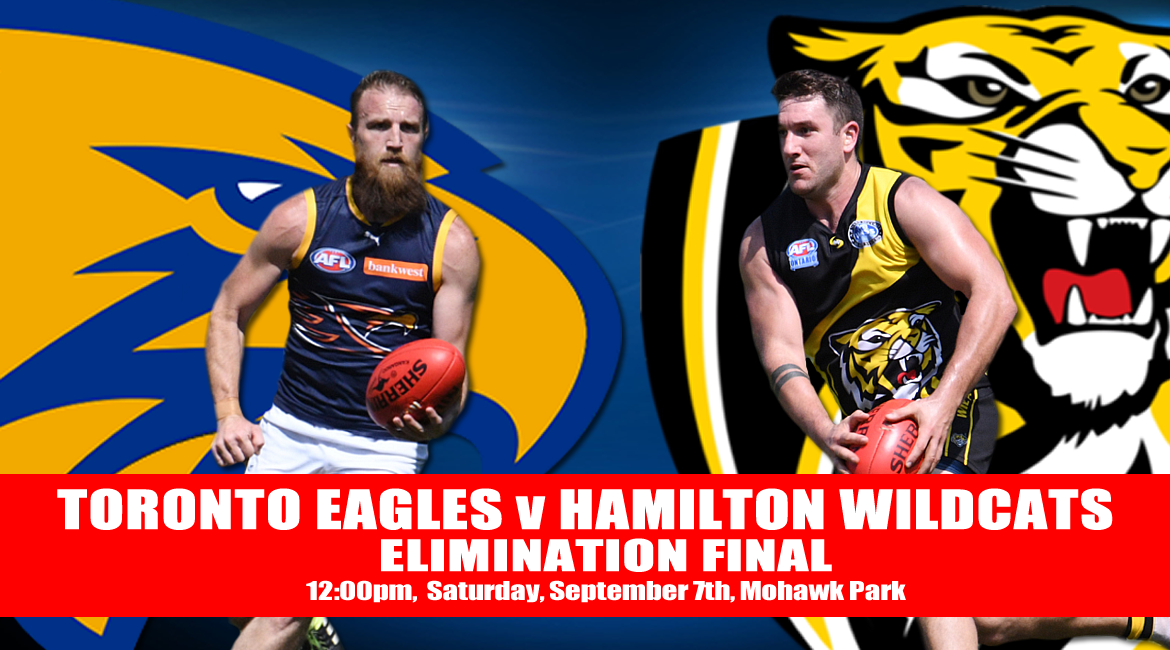 With the regular season over we now tun out attention to the #2019AFLOfinals series, featuring the four best teams of 2019. Round one of the finals has the Toronto Eagles heading down to “Steeltown” to face the Hamilton Wildcats in an elimination final.

The Eagles finish the regular season sitting fourth with 7 wins, 5 losses and 28 points. It has been a bit of an up and down year for last years grand finalists, as they let a few crucial games slip through their fingers, which in turn blew their chance at a home final. The Eagles could not have been any more impressive in round 12 when they ground out a solid win over the Gargoyles, giving themselves belief that when they’re on they are a formidable unit. They will be looking to keep that form flowing when they head into Saturdays match.

The Wildcats finished third on the ladder, also with 7 wins, 5 losses and 28 points, but a much higher percentage than their Toronto opponent. The Cats have been pretty solid at home this season, winning 4 out of their 6 games at Mohawk, with their only loses coming at the hands of the two top teams. Heading into this weekends match, they would be feeling confident after they were able to hold off a late charging Eagles squad in round 11 at Mohawk, which would probably make them slight favourites.

The midfield battle will be decisive in this contest, with a focus on whom ever can supply their forwards more effectively on the smaller ground. This is a huge game with plenty at stake for both sides, but one of them will suffer heartache at the final siren. With a place in the preliminary final on the line, you can expect both teams to leave it all on the park for the chance to keep their premiership chances alive.